TP-LINK’s TL-WA850RE is designed to conveniently extend the coverage and improve the signal strength of an existing wireless network to eliminate “dead zones.” With 300Mbps wireless N speeds, Range Extender button, miniature size and wall mounting design, extending a wireless network has never been easier. What’s more, its Ethernet port allows the TL-WA850RE to act as a wireless adapter to turn a wired device into a wireless one.

The TL-WA850RE is a dual-band wall-mountable device that supports up to 300Mbps throughput. It’s larger than the D-Link DAP-1320—TP-Link’s extender measures 3.0 by 4.3 by 2.6 inches (HWD). It has two prongs to fit into a power outlet and a very cool, circular LED on the front. The display will tell you, depending on which section of the circle is lit up or blinking, whether the gadget is currently extending a network,  and the strength of the wireless signal. 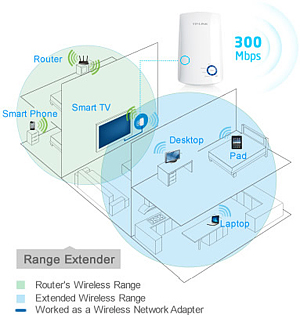 The TL-WA850RE can vastly expand the coverage of the existing wireless network. With 300Mbps wireless 802.11n speeds, it is ideal for smooth HD video, music streaming, and online gaming. 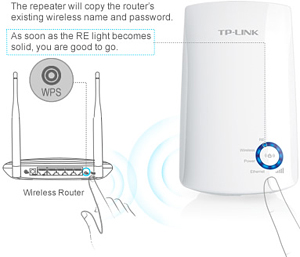 Setup is facilitated by the built-in range extender button, quickly pairing the TL-WA850RE with your main router after simultaneously pressing its WPS button. If your router does not have a WPS button, you can access the quick setup mode through the web browser-based user interface. Login credentials are retained internally after setup, allowing you to relocate as needed to generate ideal coverage. 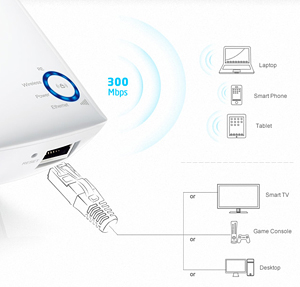 After the range extender is set up, users can connect wired devices such as Blu-ray® players, gaming consoles, DVRs, and Internet TVs to the extender via the Ethernet port. As a result, those devices are added to the whole wireless network and can access the Internet. 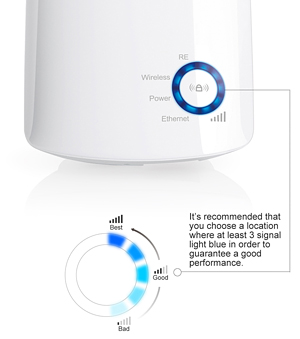 Five signal lights represent the current signal strength that TL-WA850RE receives from the existing router. They can help to find the right location to place the range extender and to achieve the best possible coverage and performance. 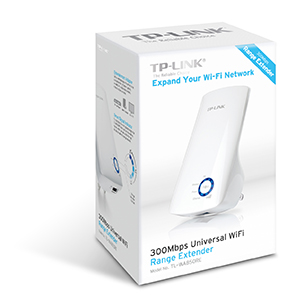 how far does the range increase?

The range would increase upto 300mtrs-600mtrs provided there are no any walls in between.